ã€ Instrument R & D of Instrument Network ã€‘ Recently, in view of the fact that the existing strong earthquake observation methods cannot completely and accurately capture the ills of severe surface deformation, researchers of Wuhan University's satellite navigation and positioning technology have firstly proposed the deep fusion accelerometer in the world with the help of IMU sensor technology. The principle, method and prototype of the six-degree-of-freedom GNSS seismograph with gyro. Let's take a look! 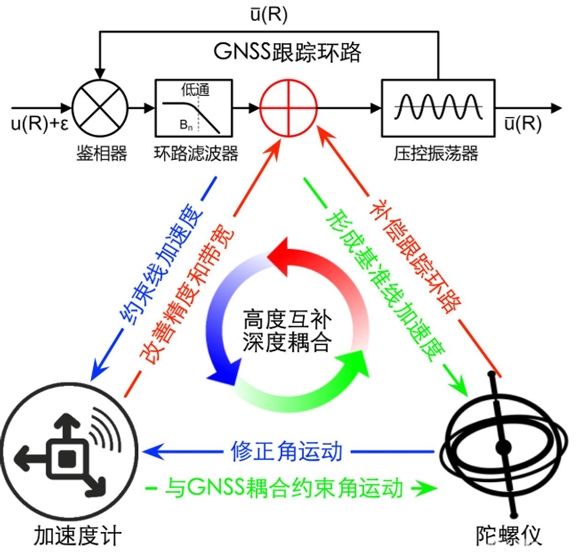 Schematic diagram of the working principle of the six-degree-of-freedom GNSS seismograph, pictured from Wuhan University
Recently, Professor Geng Jianghui and Associate Professor Zhang Shengsheng of the Satellite Navigation and Positioning Technology Research Center of Wuhan University have made new progress in the research of new destructive earthquake observation technology. In view of the fact that the existing strong earthquake observation methods cannot completely and accurately capture the ills of severe surface deformation, they first proposed the principle, method and prototype of the "six-degree-of-freedom GNSS seismometer" that deeply integrates accelerometer and gyroscope internationally. IMU sensor technology overcomes the problem of amplitude and phase distortion that seriously damage the accuracy of displacement observation during strong earthquakes, and provides a more reliable and reliable observation method for the close observation of destructive large earthquakes and ultimately serving earthquake warning.
The results were successively published in Geophysical Research Letters (the Geophysical Letters), an international authoritative journal of geosciences, in 2019 and early 2020 respectively. The President of the International Society of Rotational Seismology, Professor Heiner Igel of the University of Munich, Germany, and Jean-mathieu Nocquet, a senior scientist at the Institute of Geophysics in Paris, France, sent letters to invite Geng Jianghui at the 2019 International Rotational Seismology Forum (IWGoRS) and the 2020 European Geoscience Annual Conference ( EGU) reported this achievement.
It is reported that a devastating earthquake is a major threat to the safety of human life and property. It is an urgent issue that has a deep understanding of the mechanism of earthquake disasters, timely warning of earthquake triggers and even prediction of earthquake hazards, and the millimeter-level surface near the epicenter Strong vibration observation is one of the more effective ways to break through this problem.
However, the traditional strong earthquake observation method can only measure the deformation of the surface acceleration, and a huge drift will be formed after integration. The emerging Beidou / GNSS displacement observation noise is dozens of times higher than that of the traditional seismograph. Displacement amplitude and phase will produce nearly 100% distortion, or even signal interruption.
In this regard, the research group proposed the concept and prototype of a "six-degree-of-freedom GNSS seismograph" and integrated an inertial measurement unit (IMU) in the GNSS baseband chip to improve the tracking quality of its carrier loop to highly dynamic satellite signals At the same time, a six-degree-of-freedom seismic data fusion theory and method was developed. A highly complementary self-coupled data processing system was formed using GNSS displacement, accelerometer linear motion, and gyroscope angular motion observations.
An inertial measurement unit is a device that measures the three-axis attitude angle and acceleration of an object. Usually, an IMU contains three single-axis gyros and three single-axis accelerometers.
Shaking table experiments confirmed that the "six degrees of freedom GNSS seismograph" reduced the observation noise of displacement signals below 0.1Hz by a maximum of 68%, improved the overall accuracy from 2cm to 2mm, and reduced the displacement amplitude and phase distortion caused by strong vibration shocks. 80%, which completely avoids the observation drawback of missing seismic wave signals caused by satellite signal loss of lock.
The "six-degree-of-freedom GNSS seismograph" deeply integrates traditional and emerging seismic observation instruments, improves the accuracy and stability of strong seismic displacement observations by an order of magnitude, and greatly exerts the observation effect of 1 + 1> 2, which is to promote the near field strength An ideal technology approach for earthquake monitoring and research will help to enhance the independent research and development capabilities of China's advanced seismic instruments, open up the field of seismic technology advantages with international influence, and ultimately serve the cause of global earthquake prevention and disaster reduction.