On February 13th, the Ministry of Industry and Information Technology website announced the 16th batch of free vehicle purchase tax for new energy vehicles. This was also the first catalog release in 18 years. The time for the Ministry of Development was significantly advanced, which reflected the increasing normalization of financial support policies for new energy vehicles.

This approval standard is still based on the "Announcement of the Department of Industry and Information Technology of the Ministry of Finance of the State Administration of Taxation on the Exemption of Purchase Taxes for New Energy Vehicles" (Announcement No. 53 of 2014). The sub-category and subsidy for new energy vehicles should have no affiliation, and it should be supported by the subsidy policy. This is an important encouragement policy for the country to promote the transformation of China's transport energy strategy, advance the construction of ecological civilization, and support the development of the new energy automotive industry. Considering that the subsidies for the 18-year transitional period are still implemented in 17 years, this batch of catalogs is a forward-looking list, which is conducive to the incremental growth of new energy vehicles in the second half of the year.

I think that we should encourage early sales of new energy vehicles in 18 years, especially long-haul passenger vehicles, and should give relatively high new subsidies for 18 years as early as possible during the transition period. 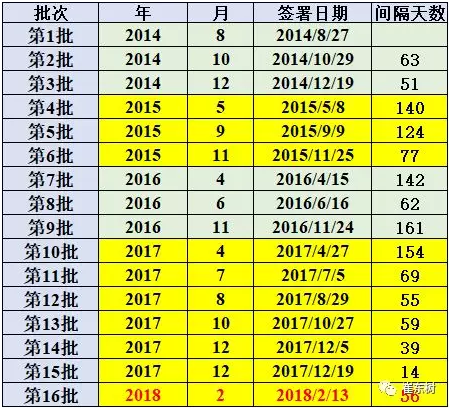 On February 13, the Ministry of Industry and Information Technology website announced the 16th batch of new energy vehicle-free vehicle purchase tax, which was signed on February 13th. According to the last December 19th, the directory was issued 56 days.

17 batches of new-energy vehicle exemption-free tax catalogs were issued in 6 batches. All over the years, there were 3 batches of catalogs, and the 17-year catalog release was very consistent with the law, and there was no change in policy direction.

The 18-year catalog was released on February 13 and was published earlier than the mid-April of the calendar year. Therefore, this round of catalogs is of great significance to the sales in March. This is very helpful for the promotion of brand sales on new energy vehicles. Big.

2, the overall situation of this batch 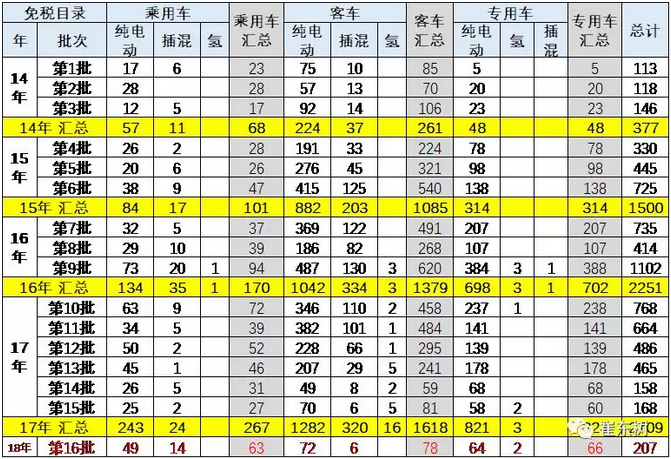 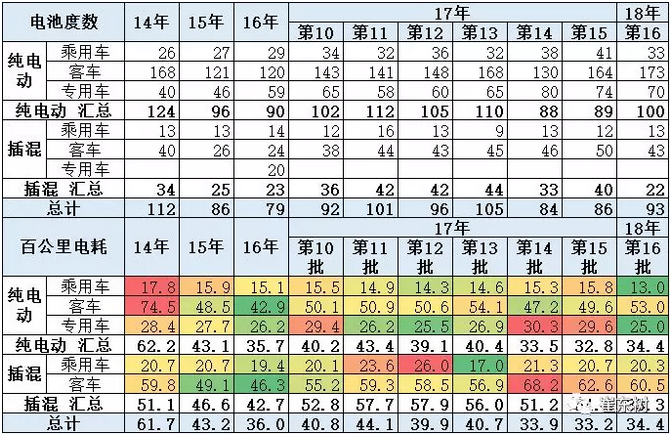 In 18-year pure electric buses, the average power consumption is 173 degrees, which is relatively high compared with the 120-degree levels in 17 and 16 years. The kilometer power consumption is still at a level of about 50 degrees, and the electric vehicle is loaded. The amount of 70 degrees is also slightly higher than the 17-year level.

Due to the current increase in battery energy density and assessment of cruising range, passenger cars are mainly considered. Therefore, the 100 kilometer power consumption index of the 16th batch of passenger cars in 18 years is particularly noticeable. 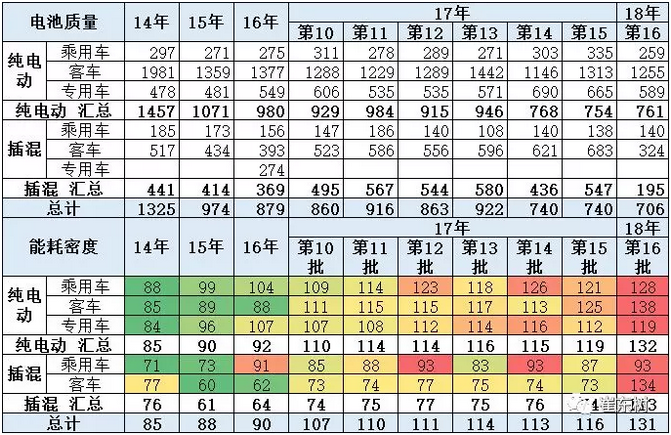 In the 18-year pure electric passenger car battery, the energy density increased, and the relatively high energy density level of 138 watts per kilogram was relatively clearly achieved. This also reflects the increase in energy density of the lithium iron phosphate battery and still has great potential.

Although the advantage of using ternary batteries for passenger cars is obvious, the higher level of energy density embodied in pure electric buses is also worthy of attention.

In 2008, the new energy passenger car vehicles did not achieve new breakthroughs in large-scale production. In the 16th batch of news, the average mass of pure electric passenger cars was 12,11 kg, and the average annual average of 16 years was 1,260?, and the 17-year average was 1400 kg.

There are many new models introduced in the tax exemption list for this application, and it is also faster for independent products to improve. The Changan Automobile, Geely Zhidou Automobile, Chery New Energy, and Beijing Automotive New Energy have entered the catalogue. Dongfeng Motor, BAIC New Energy, and Chery have high energy density.

. In the first batch of new energy passenger vehicles in 2018, the main goal was to push the flat panel in the first half of the year, so the sesame seeds like the Baojun E100 and Zhongtai Automobile were the mainstream of 17-year subsidies with an energy density of around 100. The energy consumption density of pure electric vehicles introduced by Chery Automobile, Geely Zhidou, and Beijing Auto New Energy are all at a good level above 120, and the cruising range is also above 250 kilometers. The higher cruising range is conducive to obtaining Higher subsidies in 2018. 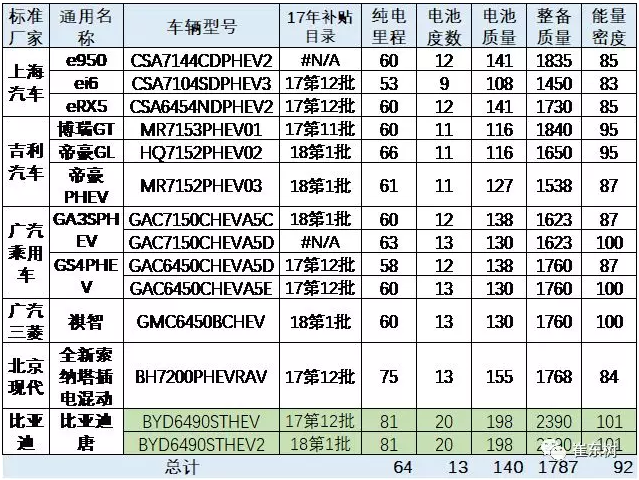 The performance of the plug-in hybrid vehicle model introduced in the 16th batch of new energy vehicle exemption-free tax catalog in 18 years was relatively normal, especially for the product with 80 km of pure electric power. It requires a higher consumption index than the traditional passenger car index. 60% of the time, so it is relatively easy to reach the standard, while the plug-in hybrid passenger car with 80+ kilometers of new energy requires the same electricity as the pure electric vehicle, so in this case, like BYD Tang, etc. The models are also relatively advantageous, because their pure electric mileage is 80 kilometers, and their power consumption is at 20 degrees, so it should be said that the overall level of 22 degrees, there is a certain degree of difficulty.

Considering plug-in hybrids, passenger vehicles enjoy a 0.7-fold subsidy for 17 years in the overdue period of subsidy implementation in 18 years, so the subsidy intensity is relatively small. Therefore, car companies will generally respond to traditional models, and may not be effectively introduced into the market with the latest models that meet the 18-year standard, so they may be 17-year old cars during the transition period from February to June. Sales are not conducive to the growth of the auto market.

The Spherical Roller Bearing has a double row roller, with a common spherical raceway in the outer ring, with two raceway in the inner ring and an angle of relative bearing axis. This ingenious structure make it with automatic self-aligning properties, and therefore not susceptible to shaft and bearing box seat Angle error or the influence of shaft bending, suitable for installation error or shaft deflection caused by the Angle error of the occasion.In addition to bearing radial load, the bearing can withstand the axial load of two-way.

Self-aligning Roller Bearing inside hole has two kinds of cylindrical and conical, conical taper hole taper for 1:30 and 1:12 two kinds, the conical bore bearing with set or withdrawal sets, the conical bore spherical roller bearing can be conveniently and quickly assembled on the optical axis or ladder machine shaft. 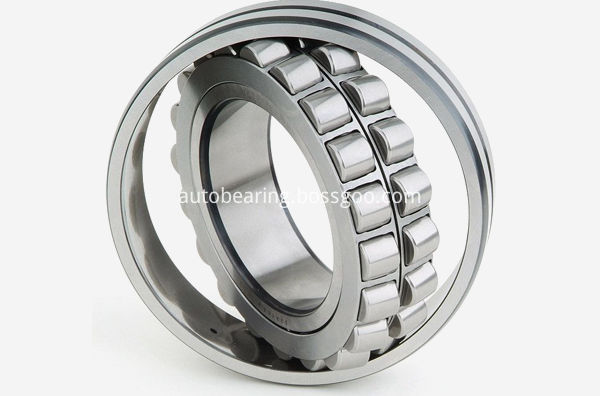 The types of spherical roller bearing are below:

We believe that we can supply the best service and price for your, hope to make a long-term cooperation with you. If you have any question please do not hesitate contact with us. We keep warmly welcome you visit us in any time.